Access control systems have taken over the hotel industry in the last decade or so. They are making the transition to these systems necessary to maintain the privacy and security enjoyed by guests.

Traditional locks are no longer considered an appropriate provision in establishments that are presenting themselves as contemporary or cutting edge in the market.

The kind of RFID hotel key cards chosen by an establishment is not always considered severe consideration.

However, though both options may look the same – their operations significantly vary from one another. Knowing the difference between these two cards can help you decide which kind of access control system suits your needs and preferences better.

It should be noted that both smart and magnetic cards utilize the same platform implemented by all RFID key cards.

With this in mind, it knows how these cards work can be considered the first step in understanding your options. You don’t have to be an IT professional to distinguish the significant differences between these alternatives.

How do the RFID Key Cards Work?

RFID stands for Radio Frequency Identification and functions by using frequency waves to transmit data from one platform to another. Nowadays, it’s primarily used to track access qualifications in the security industry.

RFID key cards function when dealing with access control systems because their readers constantly emit an energy field, energized when a key card crosses its borders.

The cards’ details are transmitted to the reader through this method, which offers a particular reaction after consultation with the control system.

Smart cards are the latest generation of RFID hotel key cards and consist of a plastic card containing a computer chip with relevant details. This chip is used to store and transmit data.

It can be stated that the main difference between smart and magnetic cards is how the data is stored.

They offer higher reliability regarding the level of security provided to the stored data. They are also not easily influenced by their environment, ensuring they have a longer lifeline than their magnetic counterparts.

Though they may be slightly more expensive than their counterparts, these RFID key cards prove excellent value for their money. They offer greater security against potential hackers and can store more data than the magnetic alternative.

The enhanced alignment of their operations provides an overall lower maintenance cost than many options.

As mentioned, magnetic strips have been used to create RFID key cards. They can incorporate an RFID tag; thus, their implementation in the hospitality industry.

This alternative was the first option to be introduced into the market and is seen as a more retro choice in this category.

It has maintained its popularity because various buildings are already equipped with magnetic card readers, lowering the costs of any potential transition.

The main disadvantage of magnetic RFID key cards is that they are less reliable than modern alternatives. These cards can be easily demagnetized by merely wandering into a stray magnetic field.

They also store less information than their intelligent card counterparts. Magnetic stripe cards have also become quite accessible to hackers with the proper tools.

In conclusion, it can be argued that magnetic cards are mainly suitable for small operations not located around a tech-based environment. Should you be running a small family business that does not require high detail security, this alternative may be the best option for your needs.

If you’re running a hotel or similar lodging establishment, then part of upgrading your security protocol could be switching to a modern access control system.

In a general perspective, both alternatives will more or less function similarly. Thus, your decision will be based on your needs and the project budget.

Some of the issues that might come into play include;

The clientele you target can play a role in making your security-based decisions. If you aim for the affluent in society, then the type of provisions will match this objective.

Such individuals would not expect a simple access control system that can be compromised through demagnetization. Smart cards can be an ordinary expectation when dealing with such establishments.

If your services are aimed at the general public, on the other hand, then choosing from a variety of magnetic RFID key cards might save you some extra cash. Such options can upgrade your public image while negatively affecting the business’s general expenses.

However, this does not mean that one should delve for the cheapest option when looking for an electromagnetic solution. The quality possible with a particular choice can significantly affect the maintenance costs.

The budget for such a project will play a significant role in the final decision. Larger hotels dealing with hundreds of rooms, for example, may find it wiser to split the costs and install both types of RFID key cards.

The magnetic alternatives can be placed in economical rooms, while smart cards can be utilized for more executive options.

The chosen option should be based on the specific needs of the establishment involved. Smart cards offer more reliable service, but magnetic RFID key cards can also provide good value for money in the right environment. 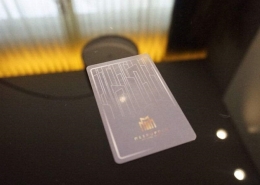 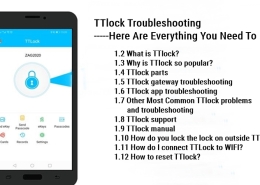 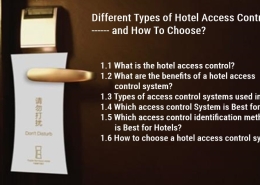 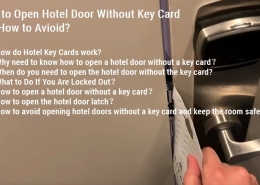 3 Best Types of Electronic Door Locks for Hotel Rooms, How to Choose? Scroll to top