We are familiar with the utility of an elevator. Today, we can’t even think of constructing tall buildings with more than 80-90 stories without an elevator..

Many American customers have used our RFID hotel door lock system and hotel elevator control system for their hotels.

Of course, when some new hotels are being built, they will discuss with us which brand of elevator the hotel should use.

We can define an elevator as a vertically moving transport mechanism. It has become a revolutionary invention in human life and the development of civilization. Various elevator companies in the USA market enable us to travel freely in a multi-story building.

This blog will discuss the top 15 best elevator companies in the USA. Let’s begin! 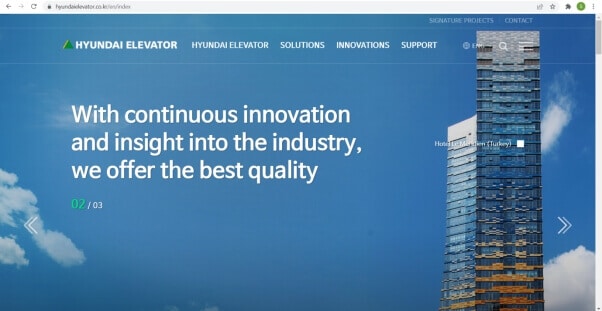 Hyundai elevator comprises eco-friendly approaches to creating elevators and other products like moonwalks, automobile lifts, marine elevators, hospital elevators, and escalators. They have incorporated ISO 9001 in their quality management system and OHSAS in their safety management processes.

Mitsubishi Electric is the next name on the list of top elevator companies in the USA. It was originally a Japanese company that started manufacturing in the US around 1985. It was founded in 1931. Currently, its US business market includes California, Washington DC, Dallas, Boston, Nevada, Illinois, Hawaii, etc.

They are known for their top-grade execution of hydraulic elevator installation. Their product range includes high-speed, machine room-less, hospital lifts, and room-less elevators. It is one of the best elevator companies in Dallas.

If you are looking for reputed elevator companies in California, you can go for this one. They have done sensitive projects in alliance with the USA and North American governments like the Broad Museum Los Angeles, Metropolis Los Angeles, Westin Hotel California, etc.

The company was founded in Canada and later expanded its horizon to the USA. It is one of the best elevator brands in the USA. The company is based in Ontario. The main working principles of the company rely on customer stratification and the quality of the product. 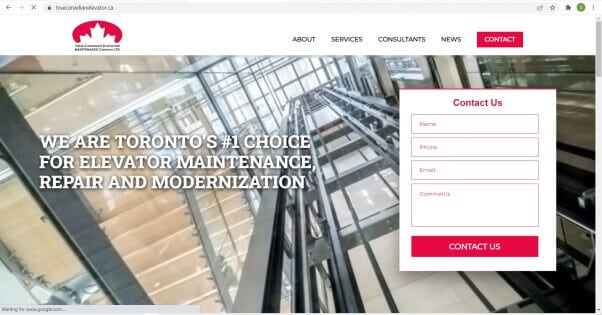 They believe in offering top-notch customer service and complete support after installing the elevators. They have an expert team of engineers to install, maintain and modify the elevators.

Accurate Canadian Elevators’ range includes elevators, escalators, lifts, etc. Hence, it is acknowledged as one of the top elevator manufacturers in the USA.

The company began its US operation in the year 2017. It was established in 2006 with its name AVT. Initially, its main focus was on manufacturing cab packages and elevators. 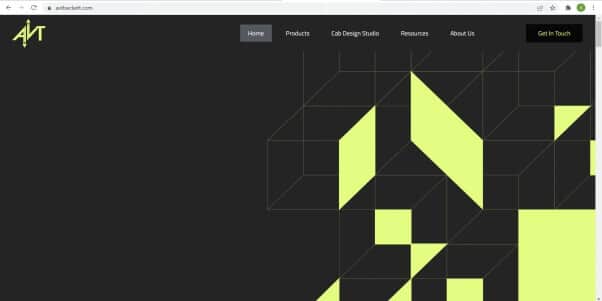 Then, in 2008 the company took a revolutionary step by upgrading its name to AVT Beckett. They begin their US operations from Memphis, Tennessee. They own a 1,00,000 sq ft headquarter in the USA.

After True Canadian Elevator, we have another Canadian company in the US known as Delta. It is considered among the best elevator manufacturers because of its integrated support system and high-quality assurance. 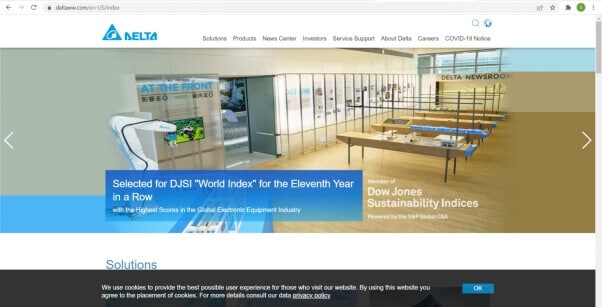 The company began in 1971, and then its US operations in later decades. It is one of the best elevator companies in California. The broad spectrum of Delta Elevator products includes microprocessor electronic cards, frequency inverters, lift controllers, door detectors, etc. The company has a strict policy of quality checks so that its customers always get the best quality assurance.

Fujitec was established in 1948 in Japan. However, today it operates in more than 16 locations across the USA. The company trusts in delivering the best quality products and top-notch post-installation maintenance.

Its main objectives include providing the best modernization services and aligning its products with high-grade technology. They are also the first company to use artificial intelligence technology and data from a neuro computer.

Fujitec incorporated this data into an elevator mechanism in 1995. This resulted in the invention of a large elevator whose carrying capacity was 120 people at a time. It is acknowledged as one of the best elevator manufacturers.

New York Times Tower is one of its reputed clientele. In the USA, its manufacturing plant is situated in Ohio.

Kone stands for machine and technology. The company originated from Helsinki and later extended to 60 countries. Currently, the company has a vast network of 58000 employees worldwide. The company is one of the best top elevator companies in the USA. 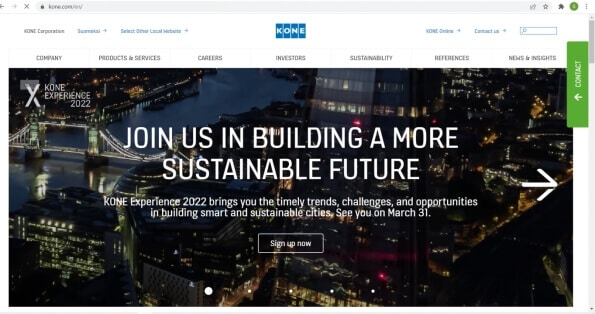 The KONE is owned by one of the wealthiest families in Finland. KONE is known for incorporating the latest technology assets in its modernized way of production. The main product range of KONE encompasses elevators for residential uses, elevators for commercial purposes, lifts, hospital elevators, escalators, etc.

With its global network of manufacturing and technology, the Switzerland- based brand has been proffering its services in the USA since 1979. The company was initially founded in 1874; it bought the elevator segment of Westinghouse in 1989. 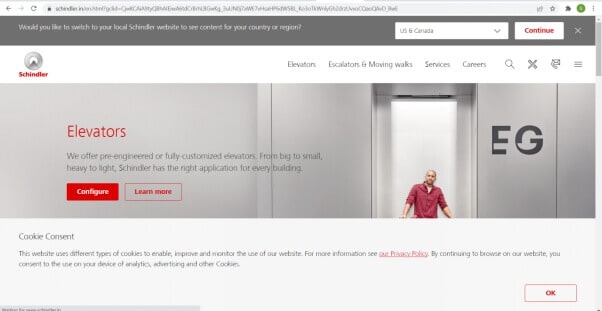 They have its headquarters in New Jersey with its 160 subhead offices. They have a widespread network of 6000 employees in their office. They are known for their international quality and fantastic customer service.

The company came into existence with Thyssen AG and Krupp groups. It is a German company that has worked in the transitional domain since 199. Their office in the US is situated in Georgia.

Their top-graded technology support and good quality products make them one of the best elevator companies in the USA. Their engineering services are especially famous in the US elevator market.

They have five business segments, with one being the elevator. The firm produces superb steel builds because of is the largest global steel manufacturer.

It is one of the most renowned elevator companies in the USA. The name of the company was derived from Elisha Otis. The company was established in 1853 in New York.

They are famous for their invention of safety elevators. It has a unique feature where the elevator locks itself up in case of any mishap, which helps avoid any severe accident.

Currently, their ownership is under United Technologies Corporation, situated in Connecticut. Guess who has installed their elevators in Eiffel Tower? Yes, it is Otis. They have also given their services to Petronas Twin Tower, Demarest Building, etc. One of their portfolios includes Burj Khalifa of Dubai and The World Trade Centre.

The company is among the best elevator companies in the USA because of its high-quality trust among customers. The company has a total net worth of $5,230 million. It is a corporate company that also works in nuclear power generation. 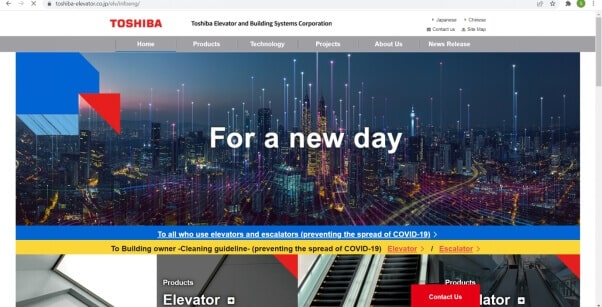 Elevator manufacturing is not their only segment; they also work in light fixtures and air conditioners. They are also known for their integrated technology applications at affordable prices. The product portfolio of the company is known for its diverse technological advances.

The Japanese origin of the company comes to a hefty net worth of around $5676.73 million. Hitachi is among the global leaders who keep their strong presence in the US. Their simplified operations and quality services are the reasons behind their popularity in the USA. 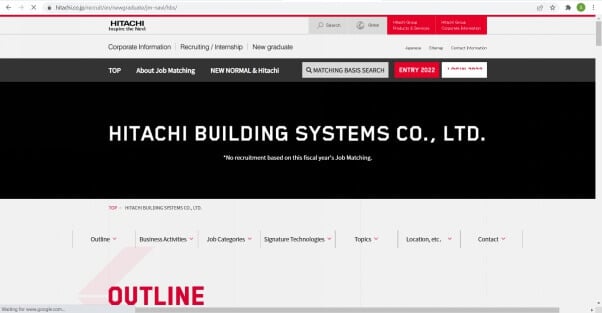 They have a firm grasp of the country’s Building Systems division. They have their services in domains like modernization, maintenance, and installation. The company is aiming to step into the digitalization of elevators completely.

If you are looking for one of the best elevator manufacturers, then Hitachi Building Systems is the one.

The company’s main products are elevators and moonwalkers. Their lifts are known to carry weight up to 30 tons. The company is also known for its affordable passenger elevators and freight elevators. They have been experimenting with building a high-tech lift system based on complete digitization. 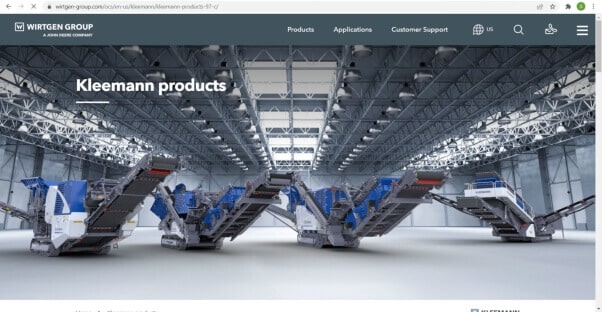 The project’s niche is the integration of flexible staircase design in it. It will also be able to carry wheelchairs and seats. Their product range also includes hydraulic elevators. They have a strong quality and safety check before marching the product into the market. That’s why their products are highly reliable and durable.

It is an England origin company which was established 150 years ago. Since then, they have maintained its legacy of providing high-quality and excellent customer support. Currently, they are functioning in all top cities of the USA. They have manufactured 750000 stairlifts till now. 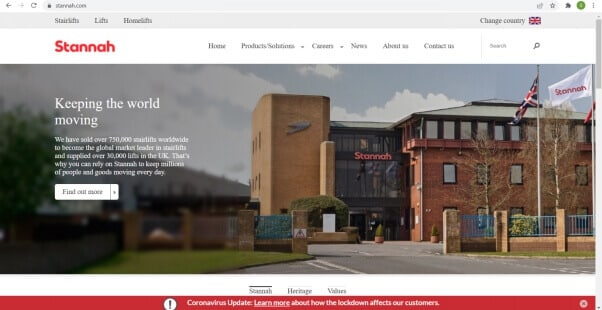 Their product portfolio includes vertical lifts, private elevators, passenger elevators, etc. The company provides its services in 60 countries, including the USA. It is one of the top elevator companies in the USA because of its widespread network and efficient customer-linking operations with the required products.

The company was established in 1993 in China, and now it is a well-known name internationally. One of its extensive operations is in the USA, with more than 20 operating points in different cities. 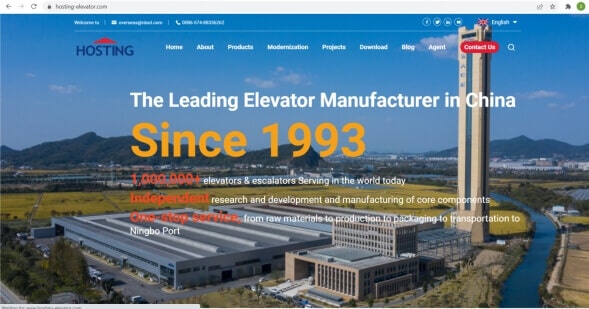 They have a large production base focused on building top-grade quality lifts and elevators with incredible technological advancements. They also have a feedback system to get the opinions of the customers.

The main product range of the company passes through several international measures of various countries, including the USA. That’s why it has been one of the best elevator companies in the USA for years.

I hope this was an exciting and informative read for you! Stay tuned for more such articles.

Other Related Articles About Hotel Elevators 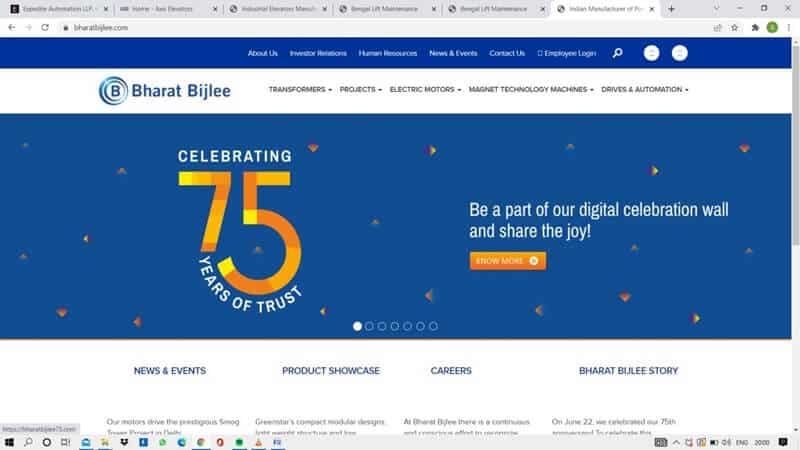 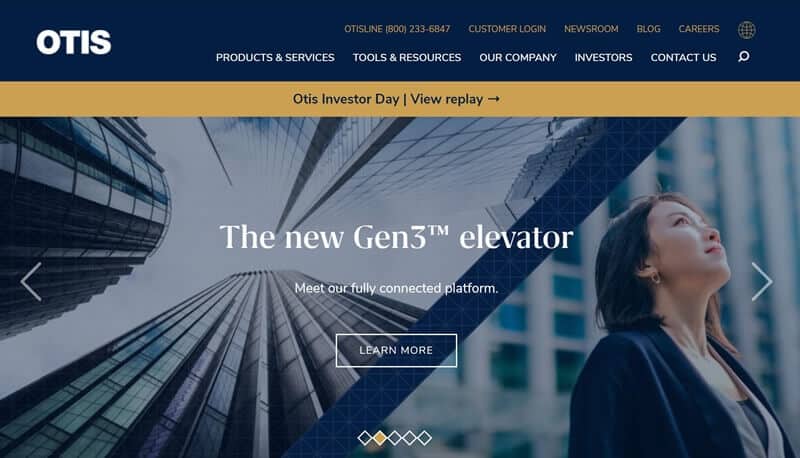 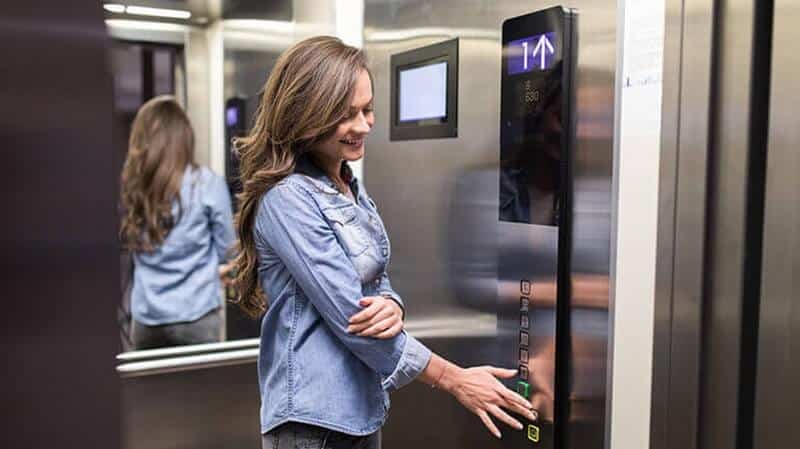 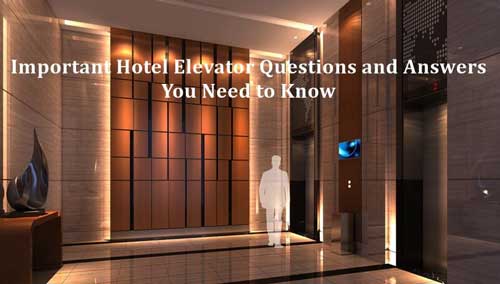 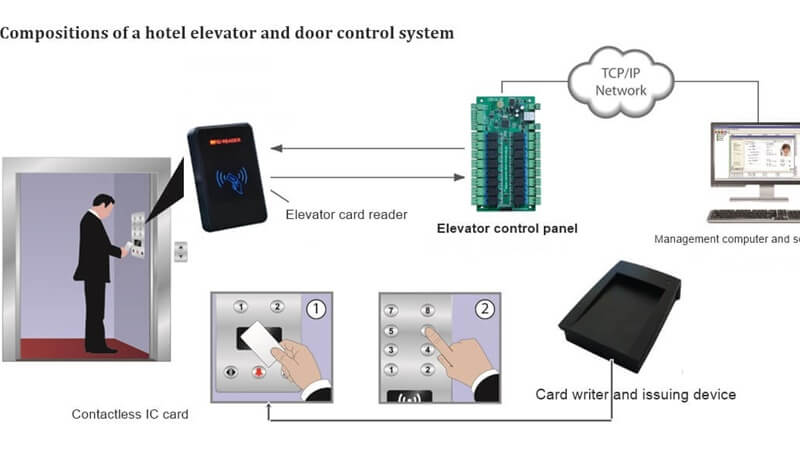